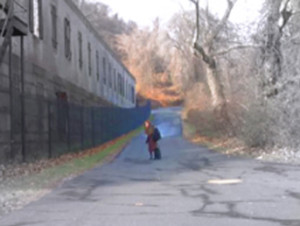 Don’t Bet Against Us…
The Miracle of “X: The Human Condition”

For most everyone, it was a beautiful summer of 1998. The economy was up, parties were plentiful, and New York was buzzing with the excitement of another New York Yankees championship run. But for me, it was cold as the dead of winter.

A three year long tumultuous roller coaster ride of a relationship was over, and I was devastated. I put my feelings down on paper as I had often done during the relationship with my ex. Only this time, the feelings poured out into song.

Until then, I had always relied on others to write the music as I wrote the lyrics and melodies. That never worked. I had not yet found a musical soul mate who could create the music I heard in my head, and the musical projects I had attempted till then never felt right. The songs I wrote never sounded like the sounds I heard in my head. It was always a struggle for others to understand what I was trying to convey musically, or otherwise.

Introverted as a child, in third grade my report card read, “Very creative, but needs to learn to play well with others”. It wasn’t until my twenties that I came out of my shell.

The summer of ’98 was also when I met Craig, a guitarist, looking for a vocalist to collaborate with. The flyer he posted up in a record shop caught my eye. We worked together for a few months and I learned that he taught himself guitar. This inspired me to pick up an old acoustic guitar I had not touched in years.

I began playing odd unknown chords that I made up on the spot, that just felt right. The “mood” I had been looking for, for so many years began to flow out of me, transmitting into the guitar. I began writing, obsessively, cathartically, transmitting all my feelings into the music. 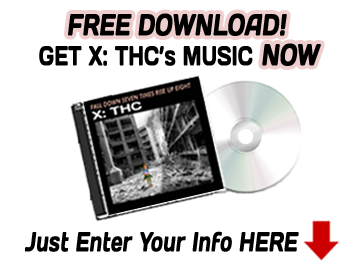 Enter your email info below, and you will immediately get music from our new X: THC album. (If you use GMAIL and don't see the email from us, please check under the promotions tab section of your inbox. :)