More than just a music group, X: THC has a proven track record of making a difference in the world, not only with their music, but with their  message…

X: THC’s Chris (Ninjaboy) Liang spent his early years sojourning from London to Hong Kong, and from Borneo to Singapore. He continued his journey to Boston, where he studied Music Synthesis at Berklee College of Music.

Chris has created award-winning mixes and sound editing for independent films such as Blueberry, Dead Pigs, Before I Go, What She Said, Myanmar: Bridges to Change, Kiss Me Again and more. These critically acclaimed films were featured at Sundance, Tribeca, BANFF and the Bushwick Film Festival. 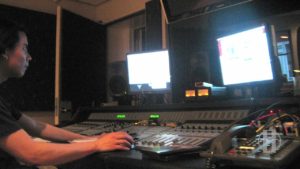 And there, in New York City, Liang met someone who took another road less traveled—X: THC’s Michael Nova. Exemplifying a true “come back story” after recovering from serious illness and the brink of blindness, artist and entrepreneur Michael Nova has been called an “existential explorer.”

A powerful performer, composer, filmmaker and producer as well as president of Nova Music Productions, Inc., Nova was featured in The New York Times as a pioneer in offering multiple services to independent artists in the music industry.

Creating the band name X: THC as the acronym for X: The Human Condition, Nova, with Liang’s co-production, released the innovative project with a D.I.Y. (“Do It Yourself”) aesthetic that persevered after over a decade of, at times, seemingly insurmountable challenges.

During pre-production, when presented to entertainment industry experts, X: The Human Condition was labeled “impossible” to achieve on a small indie budget.

However, Nova proved the experts wrong, working for 12 years self-funding, producing and finally completing the challenging project on a shoestring budget with the help of hundreds of actors, musicians and crew, who volunteered or cut their rates to be a part of the project because of its positive message…”You are not alone.”

During production, Nova suddenly lost his eyesight due to the debilitating effects of Iritis and pigment dispersion syndrome and was stricken with Chronic Kidney Disease. His recovery prognosis was doubtful, yet he unexpectedly fought off all these health challenges, including reversing the effects of Kidney Disease through alternative medicine (proving the experts wrong yet again).

The project that was created to inspire people to overcome challenges in life was strangely mirrored in the real life story of Nova surmounting his own personal challenges. And the strangest twist of all?

The enigmatic image featured on the X: The Human Condition album cover prophesied his illness over a year before it occurred… (Read the full story here).

Walking a tightrope between electronic pop music and avant-garde performance art, X: THC performed live, exploring the human condition with the 40-minute narrative film projected alongside the band. The music and stellar acting performances supplied the film’s stirring story line rather than dialogue. 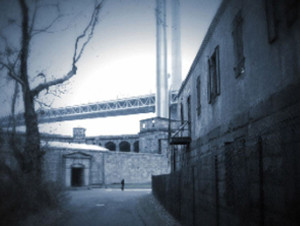 More than just eye candy, the film struck an emotional chord with audiences. Its imaginative and fantastical settings showcased the inspiring, allegorical story of two individuals searching for human connection in their increasingly cold, technologically-driven lives.

Synthesizing music, film, and an unforgettable live experience, Nova and Liang evolved and redefined how a live show is presented and experienced within the model of the music industry.

A tribute to the strength of the human spirit in and of itself, X: The Human Condition has made a real difference by donating the majority of all proceeds to charity and inspiring people all over the world to overcome obstacles in life.

To date, the “little indie project that could” has received rave reviews globally, from as far as Australia, Greece, Portugal, Turkey, Italy, Argentina, Germany, Columbia, The Virgin Islands, Mexico, Poland, Brazil, Albania, Russia, Hungary, Latvia, The UK, Peru, and Japan. The band’s music has also been featured as the theme song for Mexican TV’s popular program, La Trampas Del Deseo, as part of the Dew Tour video program, in rotation on Continental Airlines in-flight programming, and as part of many chillout and electronic compilation albums, including WOA Entertainment’s GOA Chillout Zone.

In November, 2018, the film X: The Human Condition began playing in retail chains, restaurants and bars nationwide. The film is now featured on Amazon Prime Video in all English speaking countries.

But the story doesn’t end there. It only started the first chapter in X: THC’s journey. Thinking past this one “message in a bottle” reaching people, X: THC realized that if this one message could make a difference, hundreds of messages could do so much more…

RiseUpEight.org was founded as the next level  in the exploration of the human condition, featuring many people’s real-life personal stories of rising above challenges in life, with the website serving as a worldwide forum of inspiration.

This story continues when Hypnotical Entertainment will release X:THC’s follow up album, Fall Down Seven Times, Rise Up Eight, which chronicles Michael Nova’s unshakeable recovery, the launch of RiseUpEight.org and the never-say-die philosophy of X: THC.

The first release, music video This Town features people from towns represented all over the world sharing positive messages of social change, fighting economic inequality and global warming to bring everyone together during this time of divisiveness and negativity. Proceeds collected from upcoming album sales will be used to continue the RiseUpEight.org mission of inspiring people to overcome adversity, with a portion donated to charities that align with this mission.